A matter of black and white

A blog-post within a week of the previous one? Did I get fired? :-P

No need for alarm.. last week, a couple of important deadlines were met. And that means that for now.. things are relatively quiet. And I get to do fun stuff like working on my blog and videos! 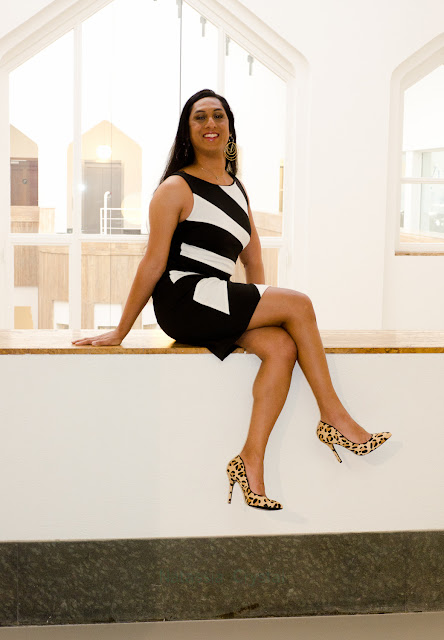 Speaking about work, this is the kind of outfit I would probably wear if I got the opportunity.. instead of the standard jeans and t-shirt and sneakers. 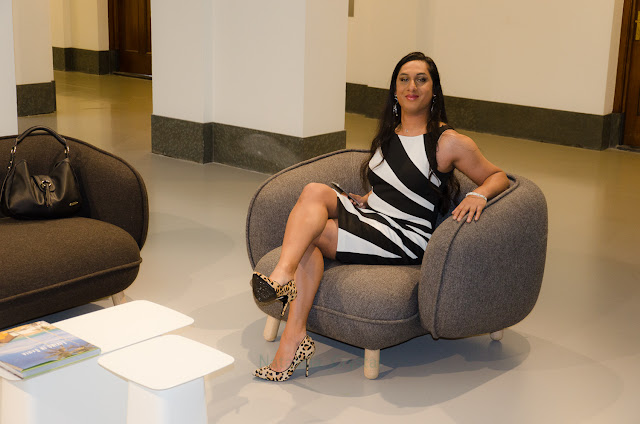 Most of the time, I buy my clothes in the sale, because going on snowboarding trips and summer holidays to France also cost money. :-P

So usually, there's no real point in naming the brands of the clothes and shoes I wear.. but this time I would really like to point out my two favourite brands: Steps for my dresses and Steve Madden for my shoes. 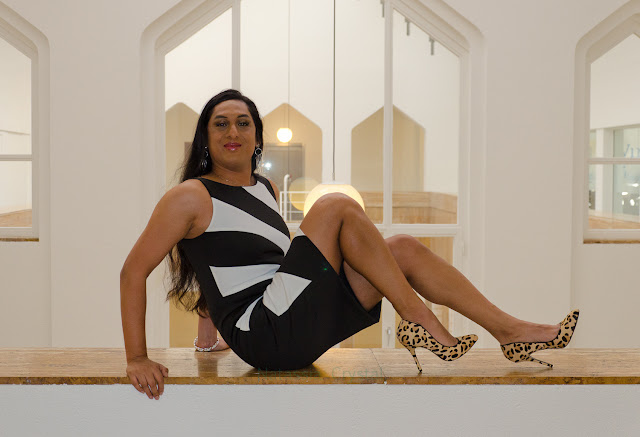 It is not 100% guaranteed, but if I buy a dress or pair of heels from these brands.. I can be sure that the dresses will fit well... show my body in the most flattering way. And as for the shoes, these leopard print babies fit so well.. I could be walking in them all day while doing my job! :-D 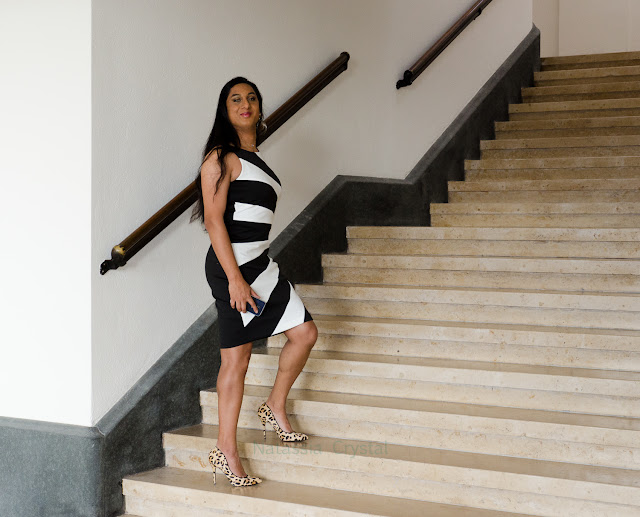 If I ever had to find a job in another field than science, technology and research.. I wouldn't mind working for Steps or Steve Madden! As long as I would get a discount on all their stuff, of course! 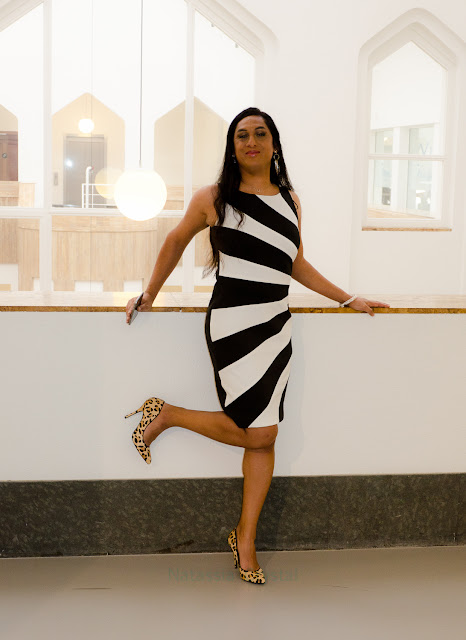 So what do you think? Would an outfit like this be suitable for the office? I'd love to hear your opinion!!


By the way, this photo location is such a gorgeous indoor place.. not only did I also get a video of me in this outfit. I also changed into another outfit.. again a combination of Steps and Steve Madden. I just couldn't help myself!

Being casual while being cultural


As you may have noticed, posts on my blog have been coming out less frequently in the last months (compared to my Instagram posts, at least). That's just because work has been really busy still.. however, it does not mean that I have stopped doing fashionable things! :-)

And one of these more recent things I did, was visiting a gorgeous picturesque area near Amsterdam called 'de Zaanse Schans' with my good friend Bianca. The whole region is filled with windmills, factories and museums that all give a really good idea of how the industry used to be a couple of centuries ago. And how it evolved into the current state. 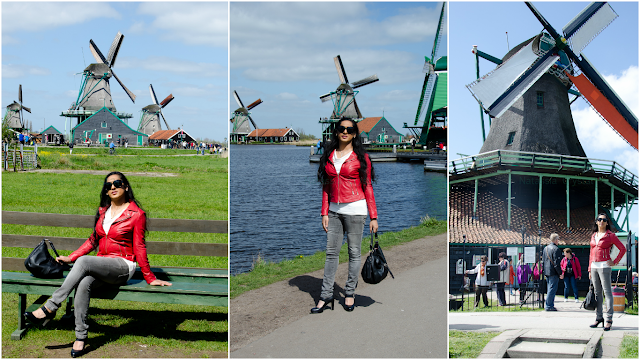 As you can also see.. it's super touristic! I heard so many languages and I saw so many nationalities! More importantly, the weather was so nice and sunny.. so obviously, I made good use of it by getting my pictures and videos taken. My friend kept clicking so you can see me walking to the bridge, getting the pose right.. and then taking the actual photo! :-P 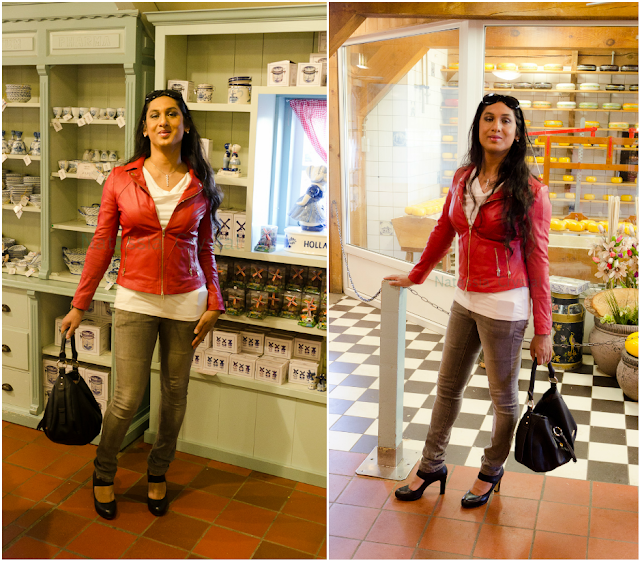 There wasn't just stuff to admire outside. Inside or next to most of the windmills, there were little stores and/or workshops where you could spend money on souvenirs. I love cheese.. so I just had to get that photo on the right! 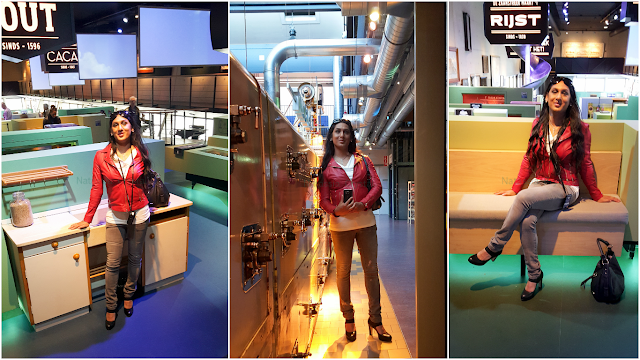 After strolling outside, we also went to the Zaanse Museum where we learned so many more things about the windmills, the industry, the history of the region of the Zaan and even more insightful.. about the no-nonsense mentality of the people who lived there throughout the centuries. We spent so much time in the museum that we more or less got kicked out of the museum because it was closing time! It was a great day.. outside and indoor. It's a beautiful region and if you're ever near Amsterdam and want to do something just outside of Amsterdam.. look no further!


Bianca was so kind to also shoot some video clips of me.. they're not very special but I always try to have some moving images of me as well!