Cocktail dress without the cocktails - but with daylight

Quick question: what do hotel rooms, cocktail lounges and student beer bars have in common?

Answer: they all lack daylight for shooting nice photos!

And if you're drinking your mojitos or whisky sours when there actually is daylight.. all I'm saying is that I'm not judging! :-P

Now if I were a social celebrity like Paris Hilton which admittedly I am not,.. I would be inclined to arrive at a club and have a few people just take photos of me on a red carpet with their incessant flashing. That way, I would have already some nice clear pics of my dress that night. But since that was not the case (duh), I had to "settle" for a small photo and video shoot during the day in Rotterdam. 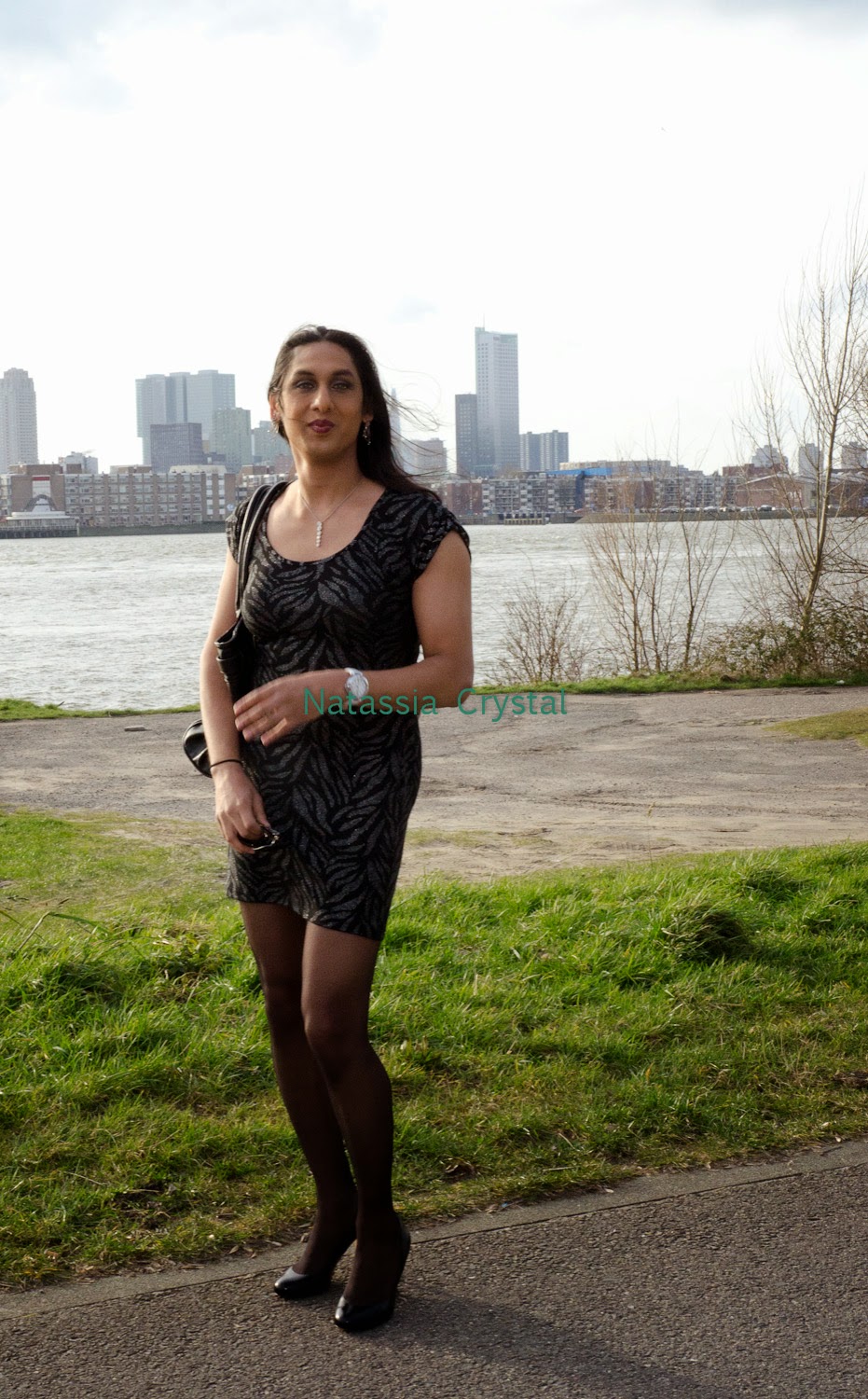 As you can see, it's not the typical dress one would wear if you're just strolling along the water. And yes... I did get some strange looks by joggers and people who were walking their dogs, but these days.. I stopped caring what other people might think! 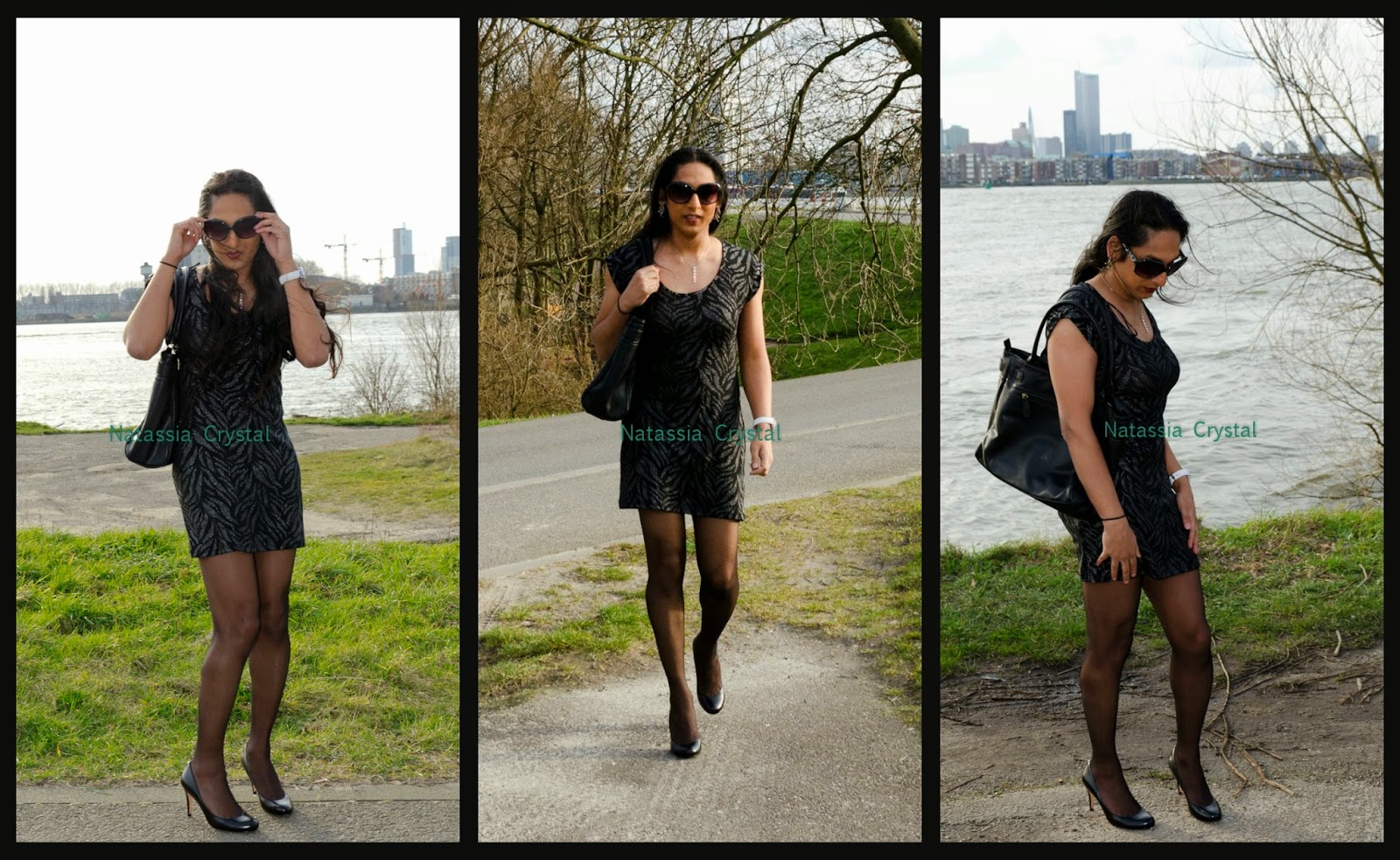 I get a lot of compliments about my super sized sunglasses and I do like how they give me this look of a movie star who wants remain inconspicuous while at the same time obviously drawing all the attention to herself! :P

It was also very very windy and chilly, so after these photos I quickly changed my pumps for boots by Forever 21 (hands down, my favourite boots!). Perhaps not as effective as a winter coat or my snowboard jacket, but still warmer. :P 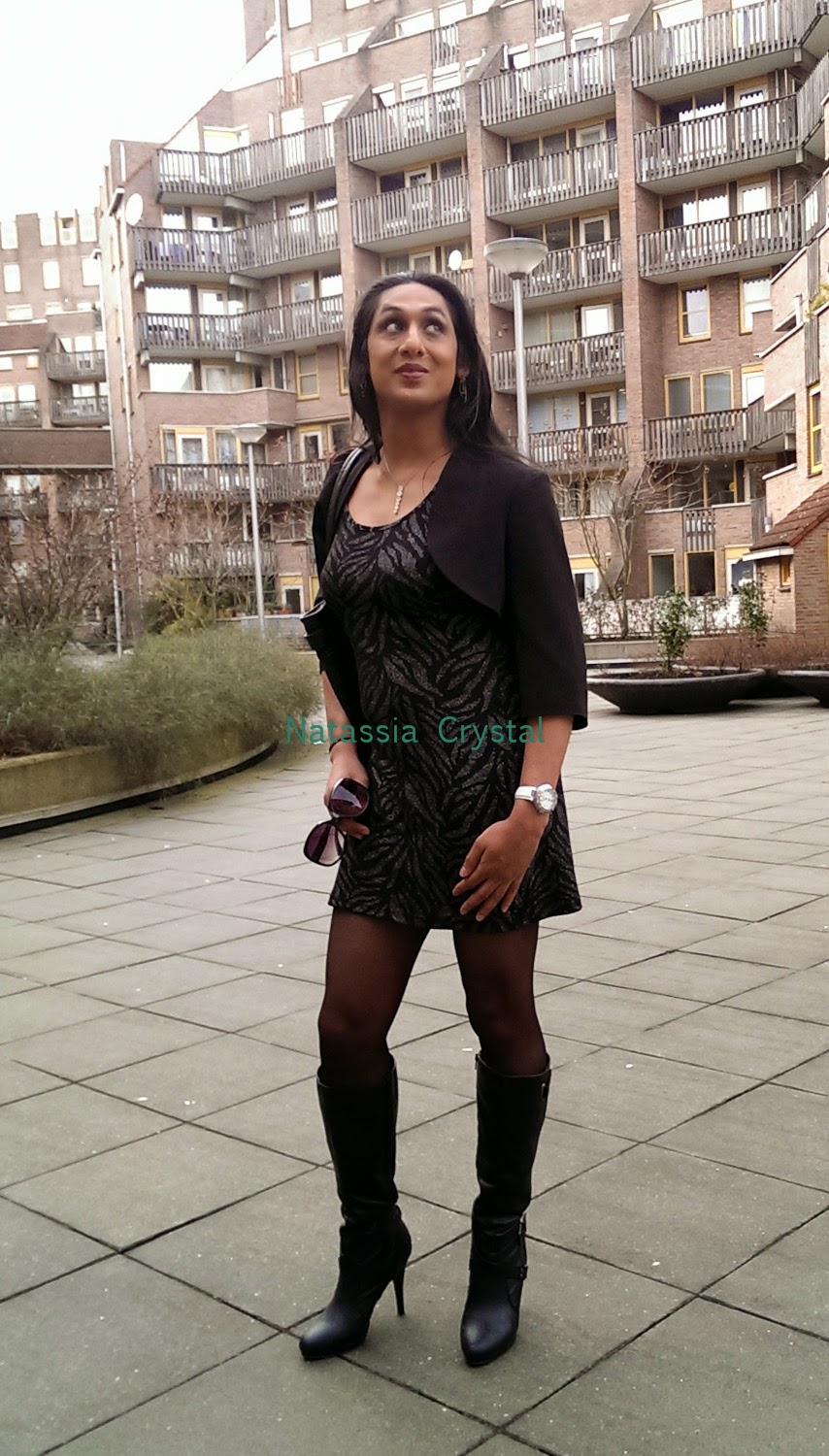 Again, I'm sure while shooting these photos a lot of people sitting on their balconies were looking down trying to figure what these crazy people were doing.

Like I write in my previous post, we also filmed a little video clip. When posting these video clips on YouTube, I get a lot of people sending me messages with request. Now some of them.. I'm not even going to put into words here,.. because seriously .. EWW! However, one of the more normal requests was that they would love the hear the sound of clicking heels. And that is something I could totally do.. so I hope you all like this! :)