So, for some (both women *and* man), dresses are the epitome of femininity and when I was younger (and arguably a bit more stupid) I agreed wholeheartedly! Nowadays, I'm a bit more flexible in my ideas on women's clothing.. and on stuff in general!

During the last few years, I have been observing what fashionable women have been wearing other than pretty dresses and I have grown to genuinely love the simple skinny jeans + top combination. Of course, in my case, the outfit should always include heels... because it's me we're talking about.. and I'm pretty much incorrigible when it comes to heels. 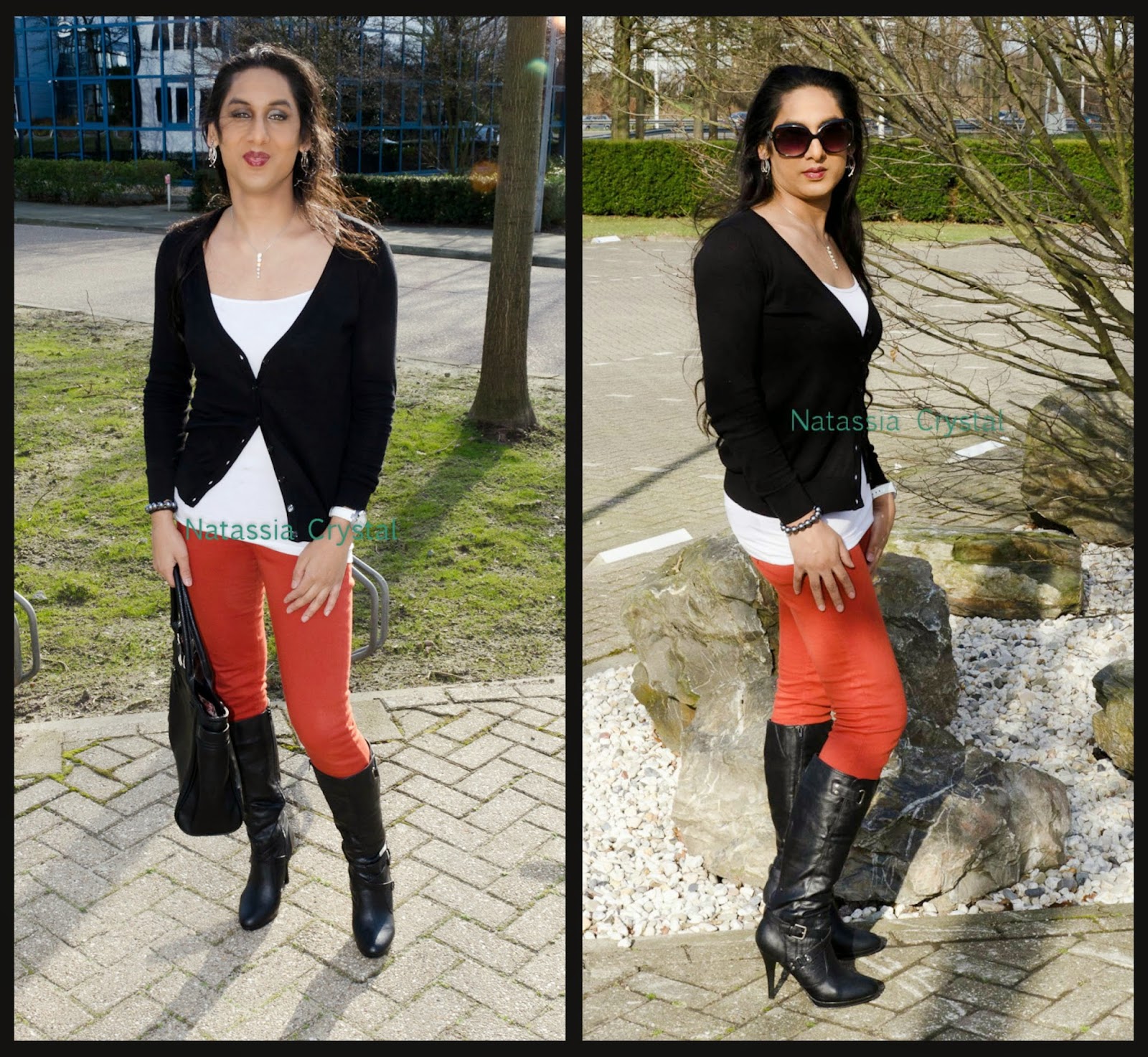 Seeing as the obvious choice for jeans would be something in a blue-ish colour, I decided to try something different.. red.. because apparently, I have a thing for primary colours.

Also, I'm quite the lazy type, so I added a white top which according to Glamour Magazine is one of the "10 Wardrobe Essentials Every Woman Should Own". You can Google the webpage yourself, because they shamelessly turned this list into a 60-page slideshow. I understand that they want to earn some ad revenue.. but this is ridiculous. 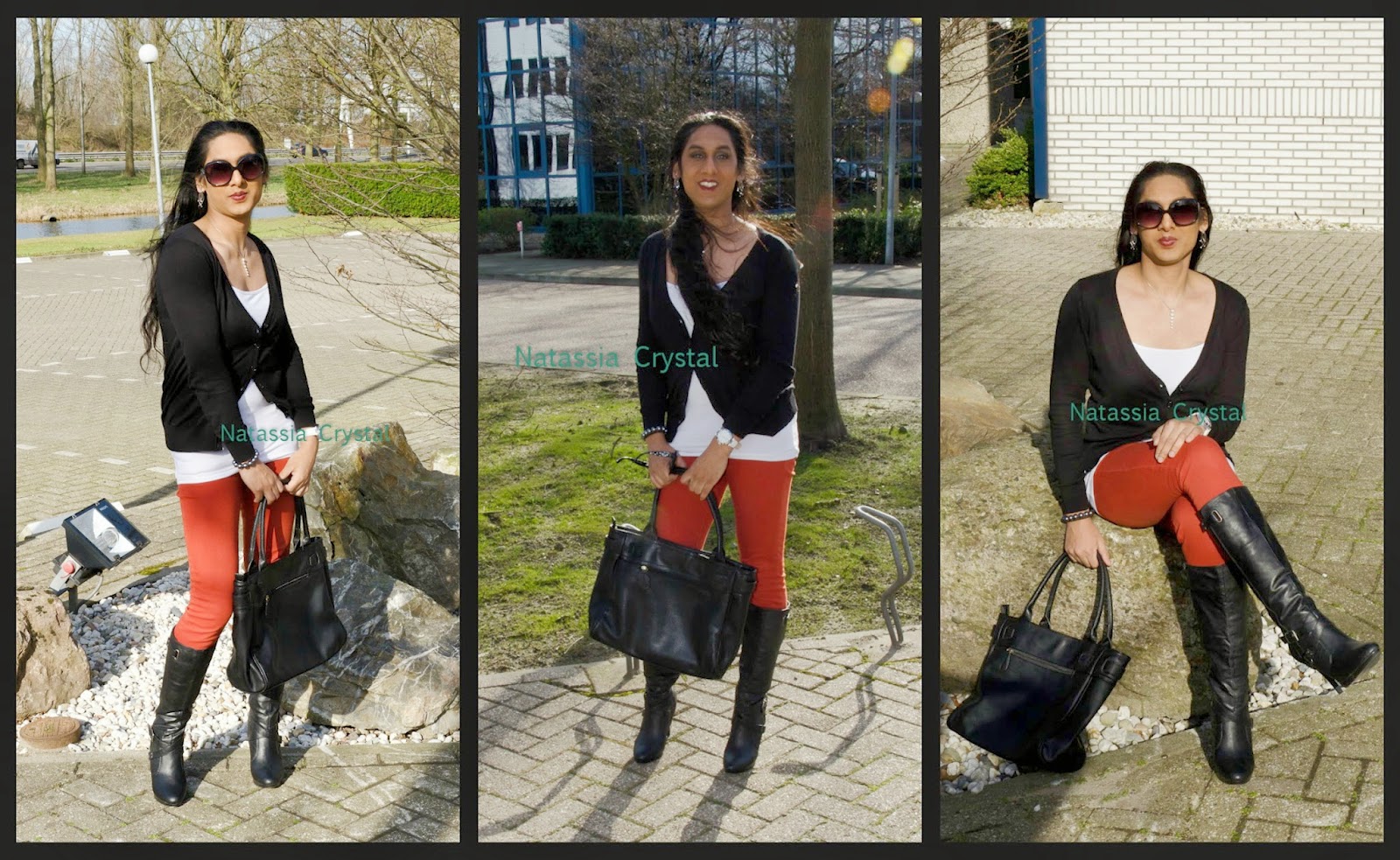 Another thing I would never have thought about 10 years ago is wearing a cardigan. I think it says something about my evolved dressing mentality that all my 5 cardigans were acquired in the last 18 months. And coincidentally, a black cardigan is also on Glamour Magazine's list.. just putting it out there! ;-)

As always, there is a video of me wearing the outfit, but it's a rather short one... because despite the sunny rays, it was quite windy and rather cold! So, after shooting a bit of video.. we quickly focused on shooting pictures. Unfortunately, because the car was nice and warm, shooting more video footage of this casual jeans/top outfit was quickly forgotten. I hope I can be forgiven for that,.. next time I'll try to get more.